Our 'Local Government Best Practices' series profiles innovators in the public sector who are bringing digital transformation to their municipality.

I have been with the City of Grand Forks for five years. My job includes implementing and training new software, Help Desk support, telephone and voice mail maintenance, and PC and hardware setup. 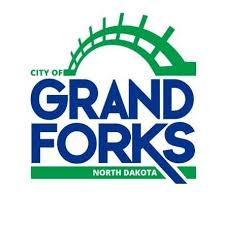 How did you get involved with local government?

I was working in the private sector for 18 years when the company I was with decided to move their corporate office. There was a job opening within my local City government and I applied for it. I got the opportunity to move to Information Technology within a year of my employment.

How did you first hear about SeamlessDocs?

I believe our City Administrator received a cold call from Seamless and passed it along to the IT Director, who took an interest in it. Once we spoke with our Seamless Success manager and saw how easy it is to create forms, we dove in and thought of many ways to utilize an online form for information gathering.

Why did you decide to go paperless?

The world is going paperless, and we try to do everything we can to keep up with that. Transfer of information is so much faster between citizens and departments or department to department vs waiting for something to be mailed or moved through interoffice communications.

"Making Beautiful Government" means creating a supportive environment where workflow is "Seamless" and we can assist each department to operate more effectively and efficiently.

Implementation has gone well, once a form is created. It's been well received and submissions are easy to work with. The hardest part is just finding the time between other major projects and software rollouts, to get everything created.

As with anything else, the more time you set aside to work on it, the faster your implementation will go. We are continually finding new applications for using SeamlessDocs, as well as transferring more of our Forms Library into SeamlessDocs.

Name one form or process that's been changed by SeamlessDocs

Over the past two years, I've created two forms for the Police Department that have streamlined their processes and made it more efficient. Prior to creating our "Gas Drive Off" form through SeamlessDocs, a gas station owner would call the Police Department, and an Officer would drive to the Gas Station to take a report of the gas drive off.

The Gas Drive Off form that was created was linked to the Police Department webpage on our City website, and gas station owners go to the webpage to report a drive off. All SeamlessDocs submissions are automatically linked into Google sheets so that the Police Officers can go to one spreadsheet to see all of the activity, and keep track of pending and resolved cases in one document.

We went live with Gas Drive Offs in October 2017 and have had 485 reports to date. The Police Department has reported that it takes approximately 1/3 of the time to process drive offs compared to the old system.

Participation has skyrocketed and the only change is this new system of reporting online with the new form. With 371 entries submitted by August of 2018, they have eclipsed recent years' number of reports with 4 months left in the year. By comparison, from 2017 to 2014, we've submissions go from 285 254, 240, 235. The Police Department attributed this to the ease with which reports can be made through the online system.

I also created a form for Online Crime Reporting that was linked to the Police Department webpage for citizens to report non-violent, non-emergency type crimes (not in-progress). This saves Officers time by not having to make the report in person, and information can be worked and resolved from reports that come in online. We went live with Online Crime Reports on July 31st, 2018 and to date have had 141 submissions in approximately 7 months.

The Police Department has reported that this form submission is working out quite well. They've experienced approximate savings of at least 20 minutes per call, 10 minutes drive time for non-emergency calls, and 10 minutes on scene learning information of the event. This may not seem like a lot, but these online reports allow the Officers to document the incidents during slow times, which is very nice.

SeamlessDocs are very easy to create and change. I like the option to make questions conditional upon what a previous answer is, so that it's easier for the submitter to fill out the form. If something doesn't pertain to them, we can allow them to skip right over to the next set of questions.